What is Occupational Psychology (OP)? Where does OP stem from? Our assistant psychologist Mya Kirkwood provides a brief history below: 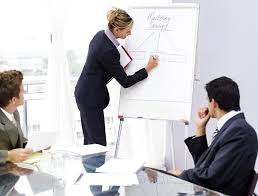 Occupational Psychology (OP) made its mark with its historical and pioneering contributions to the recruitment and personnel selection of the British Armed Forces during World War II.

These Government psychologists paved the way for contemporary Occupational Psychology [2]. For example, the introduction of the Civil Service Selection Board (CSSB) in 1949 is considered a “landmark in the development of the assessment centre method” as the original assessment centre [3]. In addition, Psychologists working in Defence made great contributions to the study of ergonomics and development of training technology [1].  Moreover, the distinct professional category of “Psychologist” in the Civil Service was established in 1950.

The Division of Occupational Psychology (DOP) focused on professional matters for the field of OP and continues today to “promote the professional interests of occupational psychologists and to support the development of psychology both as a profession and as a body of knowledge and skills” [4].

In 1977, the Journal of Occupational and Organizational Psychology transferred to publisher Wiley-Blackwell on behalf of the BPS , and it continues to be a key journal in the field of OP today. The Journal is a peer-review journal which continues to “improve understanding of people and organisations at work” [5] by publishing peer-reviewed “critical review articles… methodological  papers … short case-study articles” [6].

In the 1980s, both the number of chartered professionals and the wealth of work they were taking on flourished [7]. This decade also saw a positive rise in the founding and growth of consultancy firms; including the success of numerous prominent OP consultancies today, including the iconic Saville and Holdsworth Ltd (SHL); Oxford Psychologists Press and the Psychological Corporation [7].

The Information Age of the 1990s introduced new patterns of working and organisational structures. From the  widespread use of technology; globalisation and more diverse workforces to the down-sizing movement [2], occupational psychology was, and continues to be, instrumental in successfully adapting to these changes.

The phrase “the War for Talent” was first used around the turn of the century [8] and encapsulated the increasing competition for attracting and recruiting the best “talent”, or candidates, which occupational psychology and its scientific focus on understanding and improvement recruitment has supported organisations to successfully navigate.

In 2009, the Health and Care Professions Council (HCPC) became the regulatory body for UK psychologists and Occupational Psychologist is one of seven protected titles they regulate.

In most recent decades, OP could be described as receptive and reflexive, adapting and applying itself to use evidence-based research to understand and improve current concerns and themes in the world of work. Current prominent themes in Occupational Psychology include wellbeing, resilience, remote and hybrid working and recruiting, efficiency and satisfaction, leadership, diversity, and psychological safety in the workplace.

The Unparalleled Advantage of Occupational Psychology

As history shows, the influence of psychological research & applied evidence-based psychological science has led to significant improvements & investments in the workplace,  and here lies is the key added value of Occupational Psychology over more traditional HR practices. The training required for Chartered Occupational Psychologists status equips professionals with the skills and tools to objectively investigate  the individual experiences of employees, on an individual and group level, allowing us to advise beyond general guidelines and policies and implement evidence-based psychology at the best interest of the individuals.

Employees are multi-faceted human beings, far too complex for a “one-size-fits-all” approach. Occupational Psychology gifts us the ability to ask: “How do individuals experience different aspects of the workplace?”, explore processes behind why this is the case, and apply these findings to make real world impacts, in terms of increased job performance, satisfaction and wellbeing.