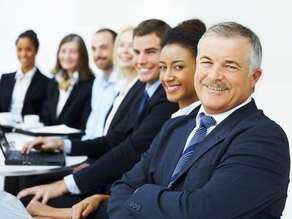 Business leaders seem to know very little about the value of business psychology in the workplace—but having an understanding of the discipline can improve business performance and productivity says Chartered Psychologist, Dr Michelle Hunter-Hill.

Contrary to public opinion, the discipline and practice of business/occupational psychology is not in its infancy. The application of psychology to the workplace dates back to 1900’s.  It begun with the publication of Hugo Munsterberg’s book called “Psychology and Industrial Efficiency” and Sir Fredrick Taylor book called “Scientific Management”, which discussed ways to improve productivity through use of psychological training and motivation.  Furthermore, psychology was heavily relied upon during World War I – predominantly to assign recruits into certain jobs and for evaluating the performance of soldiers.  Following the war in 1924, the Hawthorne Studies were conducted, which further demonstrated how psychology could be used to enhance worker productivity.

Business psychology, as defined by Jack C. Naylor, is the “scientific application or extension of psychological facts and principles to the problems concerning human beings operating within the context of business and industry”.  Put simply, it applies psychological knowledge to understand behaviours and tackle problems at work.

So, how can psychology help organisations?

As well as describing and explaining workplace behaviours, as a science,  psychology functions to uncover some of the motives behind past behaviours.  In addition, it is robust enough to predict – through use of reliable and valid measures – future behaviours.

The benefits of being able to foresee behavioural outcomes, preferably ahead of them being outplayed in the workplace are huge.  Imagine knowing how employees are likely to respond to change; or, knowing what to do to prevent employees from resisting change?  After all, “misunderstanding and poor management of change” is, according to Clarence W. Brown,  “one of the major reason why so many change initiatives fail, causing detrimental harm to the success of the organisation”.

Through use of psychology, business leaders can become more successful by learning more about themselves and their management of human resources.  Because no organisation exists in isolation of its people, it is inevitable that EVERY organisation will at some point during its life-cycle, encounter a range of problems.  Such problems might concern absenteeism, resistance to change, conflict, bullying, or lack of motivation.

Simply, being aware of the hidden factors, within the organisation that cause friction and those which causes it to flow and run smoothly is advantageous. For example, within the organisation, people play the role of engineers – their behaviours, perception, attitudes and motivation, influences the speed at which goods and services are produced.  Often, managers/leaders are unaware of these factors. Business psychology provides an extra lens, through which such hidden factors can be identified and better managed.

Six ways in which business psychology can be used to help :

Dr Michelle Hunter-Hill is a Chartered Psychologist. She can be contacted at: [email protected]