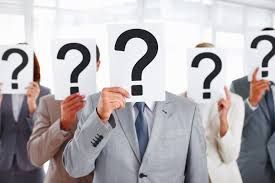 In the March 2021 publication of The Psychologist, Emily Reynolds’ article introduced us to the 2020 study of Hoff et al. which explored whether personality changes between adolescence and young adulthood predicted early career success and satisfaction.  Our assistant psychologist, Mya Kirkwood reviews the research findings.

Employing a longitudinal quasi-experimental design, they followed approximately 2,000 Icelandic youth from 2 representative samples between 2006 - 2018, gathering self-report data from Sample 1 every 4 years (on average), and Sample 2 every 6 years (on average).

So, what did the evidence suggest and why has it excited the team at TOPPI?

Firstly, this study found that not only did personality change between adolescence and young adulthood, but these changes in personality proved to be significant predictors of income and satisfaction related to one’s job and career as a young adult.

These findings are encouraging because they could have affirming applications for young students and professionals on many levels.

Firstly, they provide apprehensive young students and early career professionals with a novel approach to considering the role of personality on career success and satisfaction.

Currently, Holland’s theory of vocational personality and work environments and RIASEC model (1997) “pervade career counselling” (Nauta, 2010) and their enduring influence can be seen in contemporary occupational psychometric testing tools, such as the ProfileXT tool. However, the strict typology of these models can be daunting and even imply an individual’s’ personality is an impediment to their desired career

– ‘If my personality is not naturally “investigative” will I dissatisfied or unsuccessful working within Pharmacy?’ A student might worry.

Snyder’s Hope Theory (2000) illustrates the importance of hope as an important cognitive and motivational system to achieving goals. By removing cognitive barriers to careers, such as perceived personality incongruency, and returning agency and pathways thoughts to the individual, by conceptualising personality as malleable traits, the current findings encourage hope and empowerment within young professionals.

Secondly, this study highlights the significance of accurate and reliable evidence-based psychological testing in successful career guidance for young students. For example, by incorporating the skills and knowledge of BPS-certified Test Users and certified psychological testing tools into early careers development, young people could develop accurate understandings of their personality, levels of emotional stability, conscientiousness and extraversion and identify potential development areas which could increase career or job satisfaction.

Important questions remain regarding the results of Hoff et al. (2020). The findings currently provide no explanation of the relationships or processes behind them. Why do these relationships exist, and how?

Furthermore, the long-established Intention-Behaviour gap indicates that the route from intentions to develop one’s personality into behavioural developmental actions will be complex. How do we ensure that young professionals can, and do, translate their intentions into desirable and observable behavioural and personality changes?

Applications of these findings will be most successful once we understand these two questions, but the findings of Hoff et al. (2020) are overwhelmingly empowering. Alongside novel insights into personality development and its role in occupational satisfaction, they provide hope and empowerment to young adolescents at the start of their professional journey, when, arguably, it is needed most.